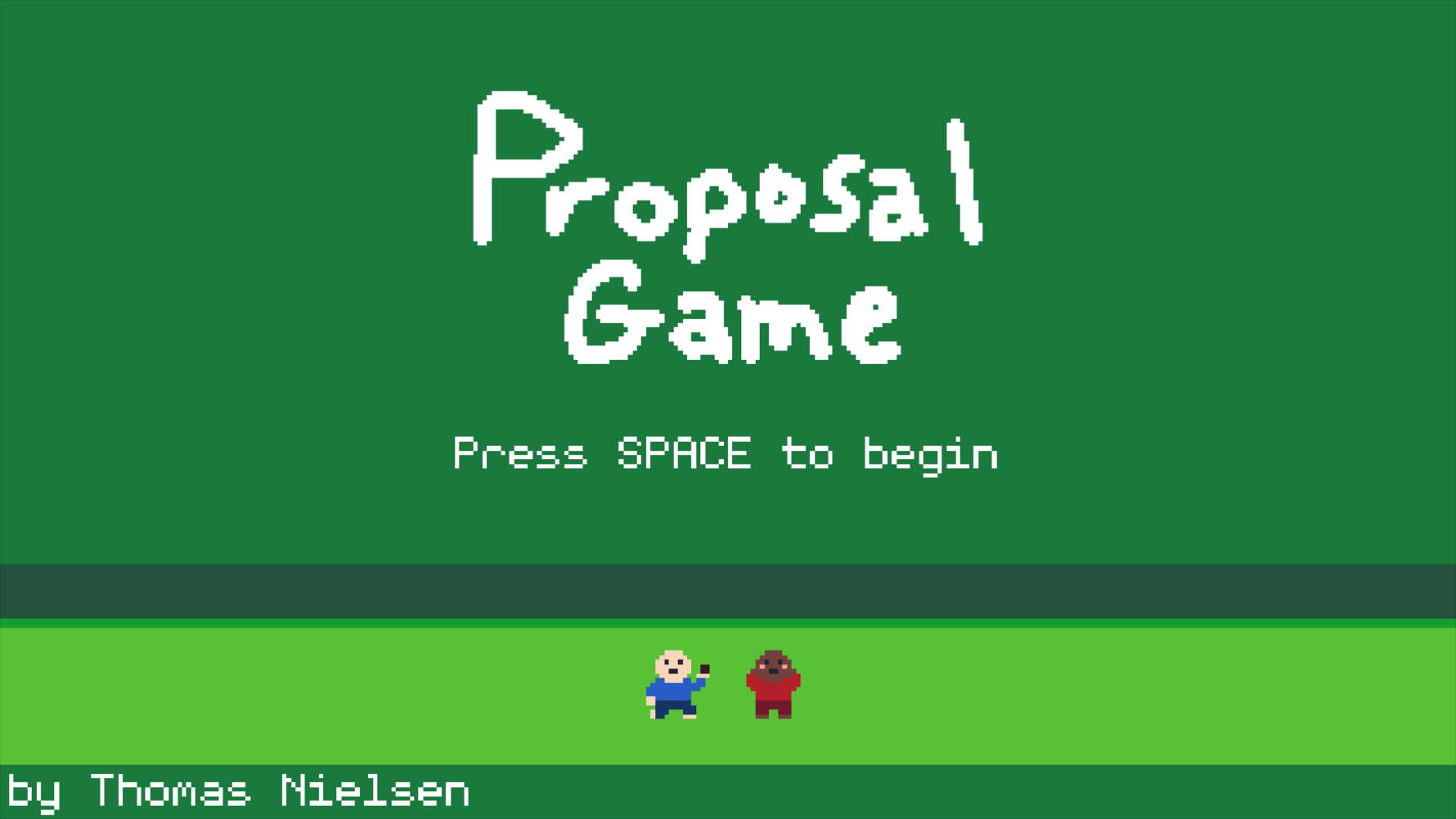 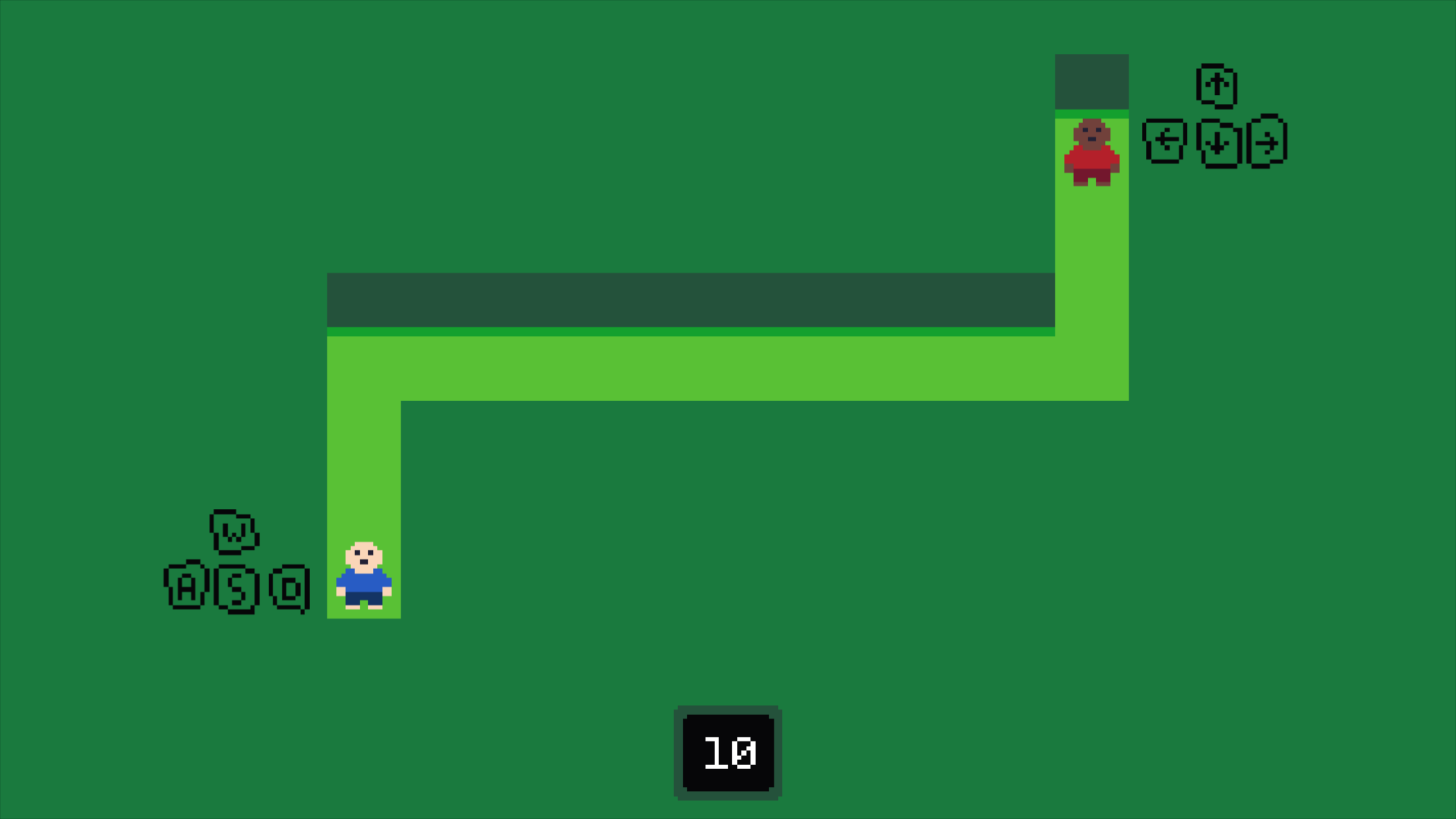 TWO PEOPLE are in love. One of them plans to propose to the other. As soon as the knee hits the ground and the box is in the air, the two are whisked away by the GREEN WIZARD to the GREEN WORLD.

The theme of the GMTK Game Jam 2021 was "Joined Together". I tried to think of unique ways I could spin that theme, and landed on making joining together the win condition for my game. In Proposal Game, the player must simultaneously control two characters and move them towards each other within the time limit to complete levels. My goal was to make players think carefully about moving two characters at once. The challenge is intentionally high because the levels are short and easily repeatable.

Proposal Game was made in Godot Engine and was originally released for the GMTK Game Jam.